Skip to Main Content
It looks like you're using Internet Explorer 11 or older. This website works best with modern browsers such as the latest versions of Chrome, Firefox, Safari, and Edge. If you continue with this browser, you may see unexpected results.

This referencing guide is to be used in conjunction with the Library’s General guide to citing and referencing.

EndNote and EndNote Online currently include several variants of IEEE style such as IEEE-Pervasive Comp, IEEE Micro and IEEE ACM Trans Network. Check with your department to establish their preferred style. Remember to check records imported using EndNote for errors or omissions, and that each reference is correctly formatted.

Note: Standard abbreviations may be applied to the title of the conference (see IEEE editorial style manual, page 36).

Note: If the e-book is a direct equivalent of a print book e.g. in PDF format, you can reference it as a normal print book.

PDF versions of journal articles are direct copies of the print edition, so you can cite them as print journals.

When you are compiling your reference list you may abbreviate journal titles:

Note: the above example article is from a journal which does not use issue numbers, so they are not included in the reference.

When you are compiling your reference list you may abbreviate journal titles:

If you are using documents such as a reports, conference papers, standards, patents or thesis online and it also exists as an identical print equivalent i.e. with the same format and pagination, it can usually be referenced as the print version. If it is e-only, you can make the standard reference template an electronic version by adding the material type in square brackets e.g. [Online]. after the document title. If there is no specific document title you can place this after the document number (e.g. patent number). At the end of the reference add: Available: URL.

See below for an example of an online patent:

Note: Use “issued date” if several dates are given.

The general form for citing technical reports is to place the name and location of the company or institution after the author and title and to give the report number and date at the end of the reference. If the report has a volume number add it after the year.

Note: Include as much of the key information as you can find for a given website. If a web page has no personal author, you can use a corporate author. Failing that, you can use either Anon. (for anonymous) or it is permissible to use the title of the site.

When writing a piece of academic work, you must acknowledge any sources which you have used. You do this by including a brief in-text ‘citation’ within the main body of your writing, next to the material you have used.

The IEEE style is a numeric style, where citations are numbered [1] in the order of appearance. This citation leads your reader to a full reference to the source in the list of references at the end of your work. Each citation number should be enclosed in square brackets on the same line as the text, before any punctuation, with a space before the bracket [2]. Once a source has been cited, the same number is re-used for all subsequent citations to the same source.

The example above may also be formatted as:

Page numbers are required within citations where material is directly quoted or you refer to a specific part of the source, such as a detail difficult to find. Give page numbers within the square brackets, for example [1, p. 3].

When writing code you should include a comment above the code you are reusing. If you are adapting the code, you must indicate that you have done so, for example by stating ‘Code adapted from:’. Your comment should include the Title (of the program/source code); Author of the code; Date (year the code was developed); Code version (if known); Available from: URL; Accessed date.

At the end of your work, list full details of all of the sources which you have cited in your text in a section headed References, in numeric order. References listed must follow IEEE formatting guidelines (see reference examples overleaf). Your reference list should allow anyone reading your work to identify and find the material to which you have referred.

In IEEE style your reference list should be formatted in the following way:

If you choose to mention the author(s) of a source whilst citing it in the text of your work, if there are three or more you can abbreviate them using ‘et al.’ e.g. During their research, Fan, et al. [4] discuss lasers in detail. However, in general you do not need to mention the authors by name, just use the numeric citation in square brackets. In your full reference list at the end however, you always give the authors’ names. In the reference list you can only abbreviate these using ‘et al.’ if there are six or more authors. 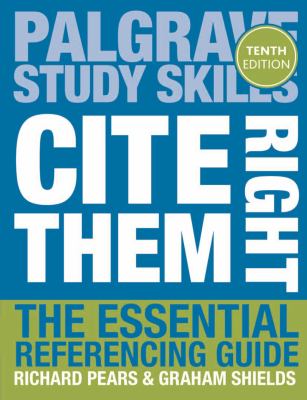 This guide to referencing for students and authors provides detailed examples for print and electronic sources, business, government, technical and other publications. IEEE formatting is covered.

Please note: Cite Them Right online provides recommendation on the formatting IEEE referencing style. Occasionally, you will find that IEEE does not provide guidance for a reference type. Where advice is not offered, you will need to adapt another IEE reference type to fit your purpose whilst conforming to IEEE referencing conventions. If you need help please contact the Library.