Skip to Main Content
It looks like you're using Internet Explorer 11 or older. This website works best with modern browsers such as the latest versions of Chrome, Firefox, Safari, and Edge. If you continue with this browser, you may see unexpected results.

Access to the Bath & West Library is available to people with a genuine research interest on a reference only basis and by appointment only. Please see below for further information.

The Library of the Royal Bath and West of England Society comprises books, journals and pamphlets, assembled by the Society since its foundation in 1777. Topics covered include crop cultivation, machinery and equipment, animal husbandry, labourers and the organisation of the agricultural workforce, dairy production, livestock diseases and pests and botanical studies of plant strains.

Eighteenth and nineteenth century works are most strongly represented, but the library also contains books dating back to the seventeenth century including works by major authors such as Jethro Tull, John Evelyn and Richard Jefferies. Rare early publications include 'The English Husbandman' by Gervase Markham published in 1613 and 'An Account of the Principal English Grasses ...' by William Sole, a unique, finely illustrated study published c 1800.

The library also contains a comprehensive series of the Society's own publications which document the examination and discussion of a wide range of agriculture-related issues over a period of nearly 150 years.

The library was deposited with the University of Bath in the 1970s.

The following articles provide information on the library's background and history:

The Bath & West Library collection is held within the University Library's archive store and not directly accessible by Library users. Users can request items from the collection by searching the Library catalogue and/or the list of journals held in the collection in .pdf format.

Items can then be read in the University Archivist's room. Access to the Library is possible within office hours (Monday to Friday, 09:00 to 17:00 hrs). We will do our best to host requested dates, however appointments for visits are subject to the availability of the Archivist's room, Archivist, and the Honorary Librarian.

It is helpful if requests for resources are made at least 24 hours before your visit, although you can request additional items whilst on campus there may be a delay in retrieving them from the archive store.

If you have any questions please contact the Honorary Librarian. Enquiries can be made by phone or e-mail and limited factual questions may be answered without a visit, however we do not have the resources to do research on your behalf.

Honorary Librarian of the Society 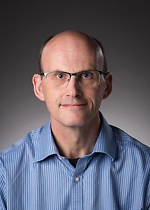